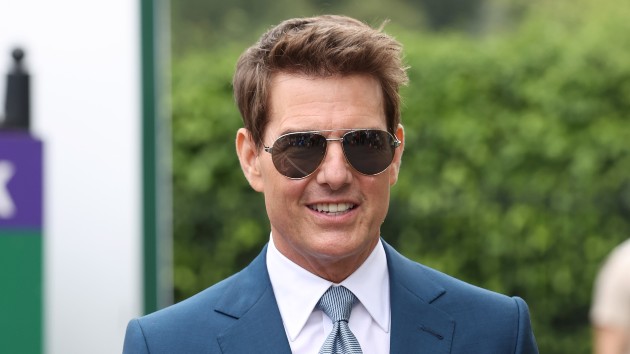 However, you’d be forgiven if you saw him do just that, thanks to a now viral video reportedly taken backstage at January’s AFI Awards.

The footage shows reportedly 5-foot-7-inch Cruise running behind and then vaulting over the taller actor, then shaking his hand, saying, “I just wanted to jump in and wish you luck.”

Cruise then says, “Congrats on the AFI Awards, congrats on life — work on the humor a little bit,” before laughing and walking away.

A shocked Key thanks him, and talks to camera, “Just here at the AFI Awards. That happens every three minutes.”

This time, while both Key and the jump were real, the star’s face was digitally stuck on whoever it was who stuck the landing.