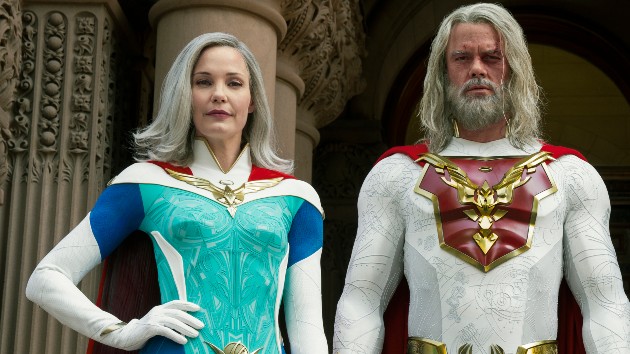 After a critical drubbing, Netflix’s high-profile superhero series Jupiter’s Legacy won’t return for a second season, but the streaming service is still in business with creator Mark Millar.

The series, which starred Josh Duhamel and Leslie Bibb won’t be back: the cast has been released from their contracts, despite the first season ending on a cliffhanger. Instead, Netflix will turn the page with Supercrooks, another adaptation from Jupiter’s comic creator Millar.

He took to Twitter to announce the news, saying, “Given where we’re going next, we’ve made the tough call of letting our incredible cast out of their show commitment…” He added, “We’re confident we’ll return to it later and just want to say thanks to you guys for your continued support and to the cast and crew who made this look so great.”

Instead, Millar talked up Supercrooks, saying, “I’ve always loved crime stories, from Scorsese to Tarantino, and supervillains are always the most fun part of any superhero story. To do something exclusively focused on the villains they fight just feels incredibly fresh…”

The anime series reportedly focuses on the baddies from the Legacy universe uniting for a major heist.