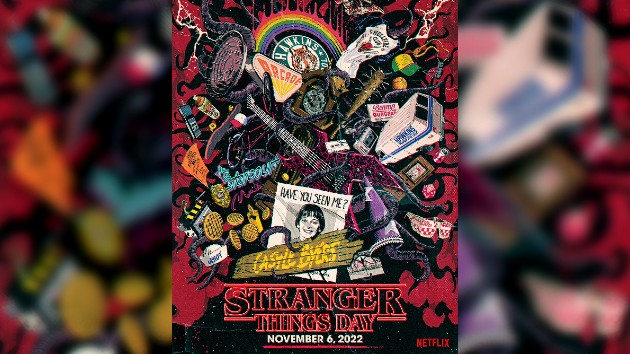 “November 6, 1983. The day Will Byers went missing, and the day it all began,” the streaming giant begins.
“Stranger Things Day is a celebration with our core fan base, to honor the very beginning of where it all started! This year is our 5th annual holiday and we are bringing all things Stranger to our fans both IRL and digitally online.”

Part of this year’s festivities include theatrical screenings of volume 2 of season 4 in participating theaters across North America.

Tickets can be found on StrangerThingsDayScreenings.com.

Further, Netflix has announced an inaugural Immersive Watch Party on Roblox “for the episode that started it all,” the first season’s pilot. The streamer promises special guests, tie-ins with the Stranger Things: the Experience attractions and new merch at the hit series’ official store.

More events will be announced via the show’s social media accounts.