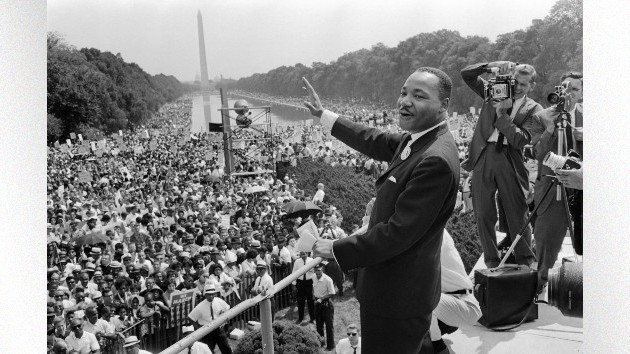 The video shows a classroom of young students watching a video of Dr. King speaking and also includes photos of the Nobel Peace Prize winner leading civil rights marches in the South in the 1960s. The PSA ends with the caption, “Honor the legacy by living it. Honor Dr. Martin Luther King Jr.”

BET is honoring King’s legacy by premiering BET Her Presents… Becoming: Michelle Obama In Conversation, Monday at 7 p.m. ET/PT. Moderated by grown-ish star Yara Shahidi, Mrs. Obama discusses themes from her acclaimed memoir, Becoming. They are joined on stage by students from 22 colleges across the country for conversation about mental wellness and diversity.

Jennifer Hudson was also honored as Best Actress for Respect. The winners will be celebrated at the 13th Annual AAFCA Awards on March 2 at the SLS Hotel in Los Angeles.