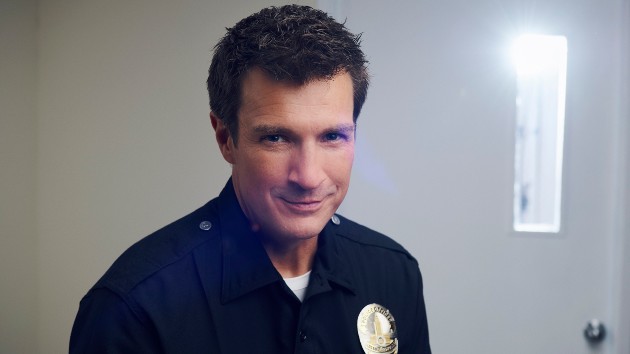 On Sunday, the third season of ABC’s police drama The Rookie wraps up with an intense finale, promises star Nathan Fillion.

ABC Audio asked if the real-world scandals of police misconduct have made working on the show any more challenging, but Fillion explained that from the outset, the series sought to project a realistic view of modern policing. “Just by virtue of that, we find that we’re able to become a part of the conversation, not part of disseminating the wrong idea about police,” the actor explains.

Before affecting a movie trailer announcer’s voice, Fillion says the series is not, “like, ‘A lone cop, a lone wolf who’s on the raggedy edge of sanity. And I’m going to bend the rules to get the bad guy. It doesn’t matter what it takes…."”

Fillion explains, “That’s not a great message. That’s not what we want to know. We want to know that the law is there and that the police are there and everybody has to follow these rules. And that’s our angle.”

As for the show’s finale Sunday night, the Castle veteran says buckle up. “[Officer] Chen is getting into undercover work…the danger couldn’t be more intense. Melissa Diaz‘ character Lopez…She’s trying to wrap up a drug cartel war and get married at the same time.”

Fillion tells fans, “But keep in mind, you guys, this is a finale so as bad and as intense as all these things are, it’s going to get worse. You’ll end with a ‘WHAT!?’ And then it’s credits.”

The Rookie airs Sunday night at 10 p.m. on ABC.