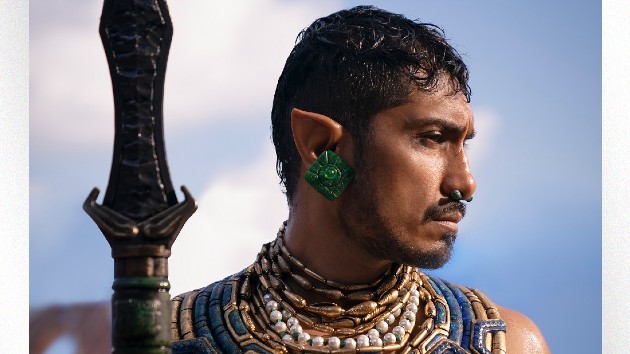 Marvel Studios has released a new featurette promoting its November 11 release Black Panther: Wakanda Forever, and it centers on the movie’s antagonist, Namor.

The character, which made his comics debut in 1939, gets an origin makeover for the film. Instead of being the King of Atlantis, actor Tenoch Huerta‘s anti-hero rules the Aztec-inspired hidden undersea nation of Talokan and sets his sights on the surface world.

“Introducing Namor was really an opportunity to introduce another sovereign ruler of a group of people,” co-writer and director Ryan Coogler hints about the super-powerful mutant.

Huerta offers, “Talokan has a big meaning for me. It’s part of my personal heritage as a Mexican, as an inhabitant of Mesoamerica. Finally, I could find a more powerful representation of my culture with dignity and respect.”

Angela Bassett, Wakanda’s Queen Ramonda, later says she “gets chills just thinking about” her face-off with the rival leader.