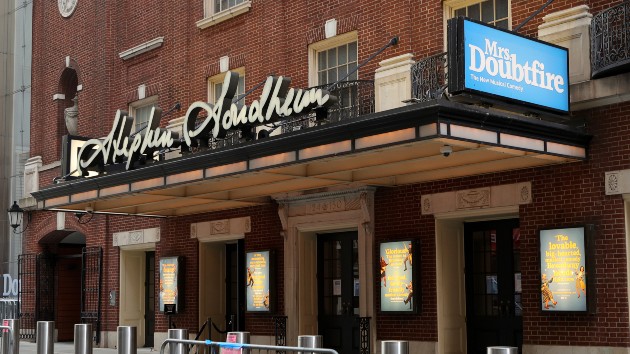 The production that opened December 9, 2021, was plagued by COVID-1 delays, and also hurt by Broadway’s post-pandemic restrictions. It will close May 29.

“Even though New York City is getting stronger every day and ticket sales are slowly improving, theatre-going tourists and, especially for our show, family audiences have not returned as soon as we anticipated,” explains producer Kevin McCollum in Playbill. “Unfortunately, it isn’t possible to run the show without those sales, especially when capitalizing with Broadway economics on three separate occasions.”

The production recently earned a Tony nomination for lead Rob McClure, who played Williams’ role as a divorced dad who pretends to be a British nanny just to see his kids.

For his part, McClure had no regrets. He posted on Twitter, “When I was a kid… I would practice for 4 months, 7 hours a day, for a show that we knew we would get to perform 3 times. 3. Those 3 performances were heaven.”

He added, “I have 18 performance left of Mrs. Doubtfire. That’s 6 heavens. That kid demands I treat them as such. See you there.”

Hugh Jackman and the cast of ‘The Son’ on family dynamics, mental health