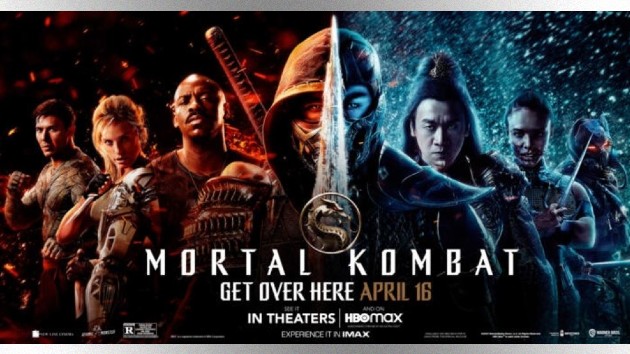 The box office enjoyed a rather robust weekend, with two new champions taking first and second — sending juggernaut Godzilla Vs Kong to come crashing into third.

Still, despite a third place finish, Godzilla Vs Kong shattered the $400 million global mark, earning $406.6 million, respectively.  This number not only sets a new post-COVID record… but the total also stomps past its MonsterVerse predecessor, Godzilla: King of the Monsters, which earned $386.6 million during its 2019 theatrical run.

This weekend also saw two new releases eclipse Godzilla Vs Kong, which has shaken up cinemas worldwide since its March 24 debut.

Claiming the number one spot was Warner Bros.’ Mortal Kombat, which raced to the top of the pile with a strong $22.5 million showing.  The movie now clinches the second-highest earning debut title in the post-COVID era.

In second was the anime film Demon Slayer – The Movie: Mugen Train, which boasts a large cult following worldwide.  The Japanese animated film earned $19.5 million across American theaters in its opening weekend — but overseas, the action flick is becoming a behemoth in its own right by gobbling down $388.2 million in the international box office and becoming Japan’s highest-grossing movie of all time.  Combining the totals it received from the North American box office, its global totals now surpass $407.7 million.

Universal’s Nobody hovers in fourth place, with the Bob Odenkirk shoot-em-up action thriller collecting an additional $1.9 million in its fifth week of release.

Disney’s Raya and the Last Dragon rounds out the top five, adding another $1.7 to its purse, pushing its total numbers — including the premium VOD fee subscribers to the Disney+ platform can pay to watch the animated feature — to $39.8 million.