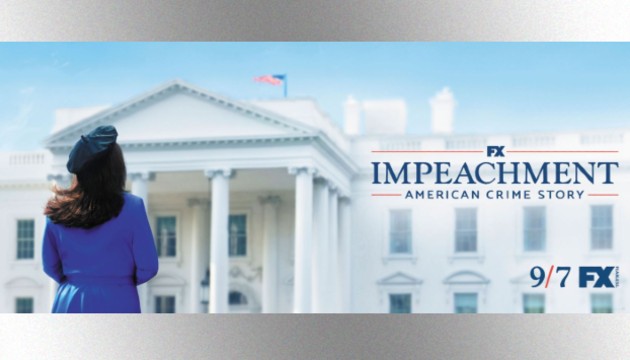 Monica Lewinsky says she had to hire a therapist while working on Impeachment: American Crime Story.

The FX drama, which begins airing a 10-episode season September 7, tells the infamous story of the affair between a then 22-year-old Lewinsky and the former POTUS, Bill Clinton, which lead to the second impeachment of a U.S. president.

Lewinsky worked as a producer on the series, alongside creator Ryan Murphy. In an interview with The Hollywood Reporter, she revealed that she had to hire a therapist to help her get through it. She said that the therapist would sit on Zoom with her while taking notes on the show “because it’s hard” reliving the darkest time in her life.

“It’s really hard, especially with the dramatic license that needs to be taken,” Lewinsky said.

Looking back on the highly publicized affair and how it affected her, she recalled, “You go to bed one night a private person, and the next day you’re a public human being and the whole world hates you.”

“And you might go to jail. And you’re going to bankrupt your family. And, and, and…And just because I wasn’t on the news every night for 20 years in the same way that I was in 1998 doesn’t mean that this story ended,” she continued. “10 years on, I still could not get a job. I couldn’t support myself.”

At the end of the day, both Lewinsky and Murphy believe that Impeachment: American Crime Story will help viewers to see her in a new light, but she says that’s not the only goal.

“Of course I have a number of selfish reasons for wanting to participate,” Lewinsky admitted, “but a big goal for me is that this never happens to another young person again.”