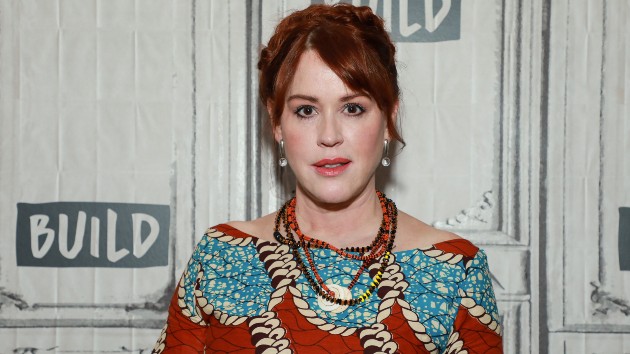 Molly Ringwald honored her late father, jazz great Bob Ringwald, over the weekend by penning a heartfelt obituary in The Sacramento Bee.

“Jazz musician Robert Scott Ringwald, known to most as Bob, and to a lucky few as Dad and PopPop, died Tuesday, Aug. 3. He was 80,” the actress eulogized on Saturday, sharing how he overcame blindness to become a professional musician.

Bob established the first-ever Sacramento Jazz Festival in 1974 and, in 2012, was honored with the title “The Emperor of Jazz” by the same festival he co-founded — a title that “both touched and embarrassed him,” said Molly.

“Anyone who knew Bob also knew his mischievous streak, and his ever-present, slightly ribald sense of humor,” the Pretty in Pink star continued. ” If you didn’t sufficiently beg to get off of his email joke list, you would have received one just a couple of days before he died.”

“Though he never wanted to be defined by his blindness, he couldn’t help being an ambassador for changing the perception of what is possible to do while living with a disability,” she closed. “His dignity, humor, strength of character and courage will always be remembered and cherished by everyone whose lives were touched by his.”

In addition to writing her father’s obituary, Molly alerted fans of her father’s passing on Instagram. Sharing a series of throwback photos, the Breakfast Club actress wrote, “It’s with a heavy heart that my family says goodbye to my father. I consider myself very lucky to have had in my life as long as I did.”

Besides Molly, Bob Ringwald is survived by his wife of 60 years, Adele, and children Beth and Kelly.  He is predeceased by son Robert Scott Jr., who died at age three from leukemia.