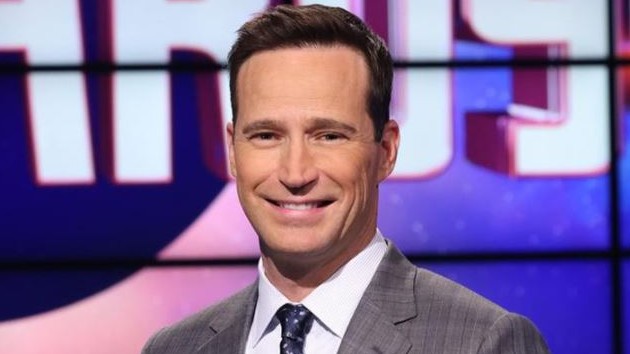 Just over a week after being announced as the new host of the syndicated version of Jeopardy!, Mike Richards is stepping down “effective immediately” amid resurfaced controversial remarks.

He announced his decision Friday in an internal note sent to Jeopardy! staff and obtained by ABC News.

“It pains me that these past incidents and comments have cast such a shadow on Jeopardy! as we look to start a new chapter,” Richards began.

“As I mentioned last week, I was deeply honored to be asked to host the syndicated show and was thrilled by the opportunity to expand my role,” he continued. “However, over the last several days it has become clear that moving forward as host would be too much of a distraction for our fans and not the right move for the show. As such, I will be stepping down as host effective immediately.”

Richards said Sony Pictures Entertainment, which produces the quiz show, “will now resume the search for a permanent syndicated host.”

He said guest hosts will be brought back in the meantime so production on the new season can continue, and that further details will be announced next week.

“I want to apologize to each of you for the unwanted attention that has come to Jeopardy! over the last few weeks and for the confusion and delays this is now causing,” Richards concluded the memo. “I know I have a lot of work to do to regain your trust and confidence.”

A spokesperson for Sony Pictures Television said the company supports Richards’ decision and was “surprised this week to learn of … the offensive language he used in the past” on a podcast he hosted from 2013 and 2014.

“We have spoken with him about our concerns and our expectations going forward,” the spokesperson added. “Mike has been with us for the last two years and has led the Jeopardy! team through the most challenging time the show has ever experienced. It is our hope that as [executive producer] he will continue to do so with professionalism and respect.”

Richards was announced as the successor for Alex Trebek, who died last November after a years-long battle with pancreatic cancer, on Aug. 11. The Big Bang Theory star Mayim Bialik was simultaneously tapped to host for future “Jeopardy!” primetime specials and spinoffs.