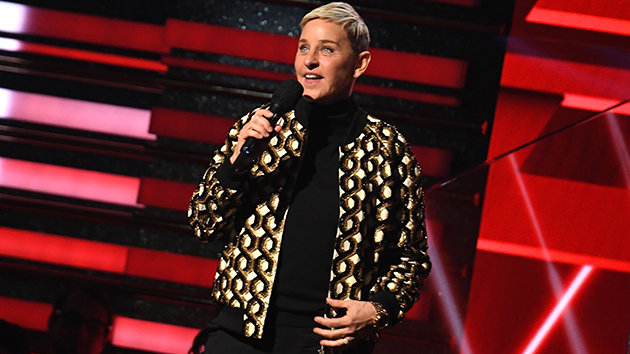 As Ellen DeGeneres gears up for the farewell season of The Ellen DeGeneres Show, she’s compiling nearly two decades worth of highlights with appearances by Michelle Obama, George Clooney, Taylor Swift, Sandra Bullock and more.

A 30-second promo video for the final season includes a montage of signature scares featuring George, Taylor and Modern Family’s Eric Stonestreet, in addition to the talk show host dancing with the likes of the former first lady and Justin Timberlake, as the voiceover announcer declares “two decades of television, hundreds of scares, 4,000 guests, countless lives changed.”

Several giveaways are also highlighted, including gifting scholarships to students in the class of 2017 and a grateful family touring their new home. “You’ve changed my life,” Ellen tells the audience in another snippet.

The comedian announced in May that the show’s 19th season would be its last. The news arrived months after Buzzfeed published an expose in 2020 in which current and former staff members reported multiple instances of a toxic workplace environment at the show.

After the report surfaced, Ellen issued a letter to her staff in which she stated, “It’s been way too long, but we’re finally having conversations about fairness and justice. We all have to be more mindful about the way our words and actions affect others, and I’m glad the issues at our show were brought to my attention. I promise to do my part in continuing to push myself and everyone around me to learn and grow.”

The farewell season of The Ellen DeGeneres Show premieres on September 13.