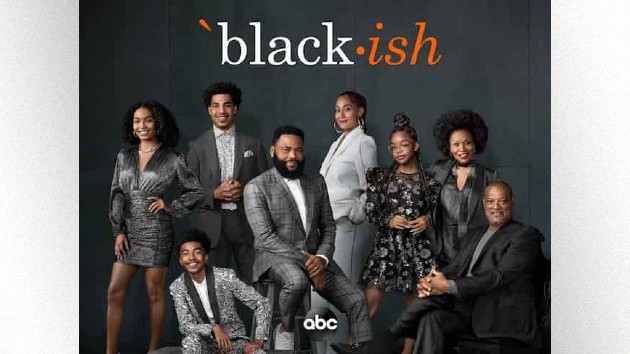 black-ish’s eighth and final season begins January 4, and for the season premiere, the Johnsons will be joined by a very special guest, Michelle Obama.

Rainbow, portrayed by Tracee Ellis Ross, and Andre, played by Anthony Anderson, attend a fundraiser, and the featured speaker at the event is Mrs. Obama. They invite her to dinner, and to their surprise, Michelle accepts their invitation.

Back in October, the cast teased her appearance by sharing a photo with their VIP guest on social media. The final season of Black-ish premieres on Tuesday, January 4, at 9:30 p.m. ET/PT on ABC.

In other news, Oscar winner Mahershala Ali stars in the upcoming Apple TV+ movie Swan Song, and he says he loved reuniting in the film with his Moonlight co-star Naomie Harris.

“Working with Naomie in this was unbelievable,” Ali tells Essence. “I remember working with her in Moonlight and thinking, ‘Ah, I would love to work with her in another iteration and just have more time together.’ Once we had a chance to do this, it was kind of a dream come true because I have so much respect for her as both an actor and a person.”

In the futuristic film, Ali portrays Cameron Turner, who is diagnosed with a terminal illness, and replaces himself with a clone. Harris plays his wife. Swan Song will be released in theaters and on Apple TV+ on Friday, December 17.

Finally, K. Michelle, Rich Dollaz, Lyrica Anderson and Gangsta Boo from Three 6 Mafia will be among the stars featured in the new Marriage Boot Camp: Hip Hop Edition, according to The Jasmine Brand. The show will premiere in March 2022 on WE tv.