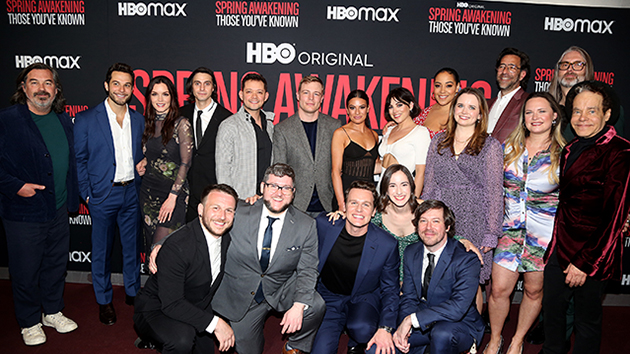 Michael John Warren directed the masterful documentary, Spring Awakening: Those You’ve Known, which revisits the revolutionary musical 15 years after it took over Broadway.

It follows the original cast — including Lea Michele, Jonathan Groff and Skylar Astin — reuniting to perform a one-night only spectacular and looking back at the eight-time Tony Award-winning musical’s legacy.

Speaking to ABC Audio, Warren revealed his goal was to make the documentary “feel alive” because, as he explained, “I actually feel like a lot of live performance is really poorly captured” because they are “filmed improperly.”

Warren’s approach had him dive deep into the musical’s history with the cast and crew and “open my heart and… feel things” with them. “I can’t let myself be walled off, otherwise I’m not doing my job,” he said.

An example was Lea performing “Mama Who Bore Me” and tearfully experiencing it as a mother for the first time. “She’s crying. Half the people in the room are crying and I’m crying behind the camera,” he remarked.

Although there were moments he was “caught up in the emotion,” Warren also had to juggle “stay[ing] calm in these storms” and determine what would “resonate onscreen as much as possible” with those watching at home.

Warren also revealed he had little time to prepare for this project because he learned he was directing it shortly before cameras began rolling.

“I found out roughly the week before we were going to start filming,” he revealed.  “This all happened very, very fast. … We shot it in five days.  We cut it in weeks, not months.”

Warren explained documentaries of this caliber typically take a year to complete. Despite the “timeframe we were working with,” he attested, “I’m really proud how it came out!”

The documentary is on HBO Max.