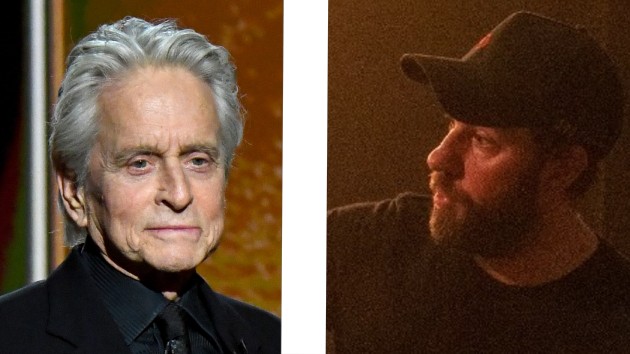 In a conversation with Deadline, Oscar winner Michael Douglas talked about his storied career, which movies were the most fun to appear in, and who he’d like to see play him in a biopic.

While John Krasinski may be busy as a director, thanks to his second hit, A Quiet Place Part II, which just had the biggest opening of the pandemic period, he might think about taking a meeting.  Douglas singled out the former Office lead “Because of his compassion, his humor. Compassion and humor can take you a long way.”

Douglas adds, “I sense in him that he makes a conscientious effort where the material is good to try different types of roles.”

As for which movie gets quoted back to him the most by fans, Douglas says, “Wall Street comes up the most. And then after that it breaks down, there’s a lot of Falling Down that people like, Black Rain, and then of course you get both the Fatal Attraction and Basic Instinct stuff.”

Douglas, 76, also says he’s probably had the most fun working on the Ant-Man series, in which he plays genius scientist Hank Pym — the first man to wear the mantle and the shrinking tech inherited by Paul Rudd‘s Scott Lang.

“You’re just such a small part, but you have all the incredible special effects going on,” says Douglas, adding, “Paul Rudd was wonderful, Evangeline [Lilly] was great, and all of the other co-stars. That was a lot of fun.”

Douglas also notes, “We’re going to London to do an Ant-Man 3 in July.”

That film, Marvel Studios’ Ant-Man and The Wasp: Quantumania, doesn’t open until February 17, 2023.