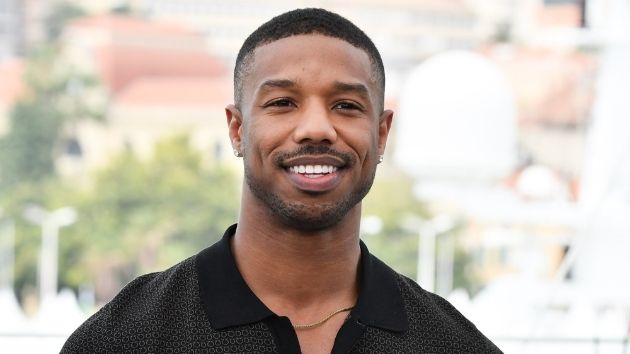 (LOS ANGELES) — Looks like the Amazon Echo is getting an upgrade and to flaunt the device’s sleek new look, Amazon claims in its new Super Bowl commercial that the only way they can improve Alexa’s “body” is if it was built into this year’s People’s Sexiest Man Alive — Michael B. Jordan.

One female employee applauds her team, calling Alexa’s bold new look “flawless.”  But as she walks away while saying she “literally couldn’t imagine a more beautiful vessel for Alexa to be… inside,” the employee locks eyes with a Michael B. Jordan advertisement and gets swept up in a steamy fantasy.

The female employee is transported to her kitchen and asks her Alexa — now the Black Panther star — how many tablespoons are in a cup.

Jordan’s eyes momentarily flash blue as he responds to the request, replying seductively, “There are 16 tablespoons in a cup.”

Hilariously, her husband walks into the scene and is taken aback by the new Amazon device.

The requests grow more suggestive in nature and her husband grows increasingly flustered.

After the woman asks Jordan to turn on the sprinklers, the camera pans to the soaked Creed actor standing in the lawn and staring up at her — all while her husband remarks “Things are getting way too wet around here!”

When she asks Jordan to dim the lights, the actor removes his shirt and places it on the light — to which the husband runs into the room and screams, “Lights up, Alexa!  Light’s up!”

The commercial ends with the woman soaking in a tub with Jordan, who is dictating a rather spicy audiobook.