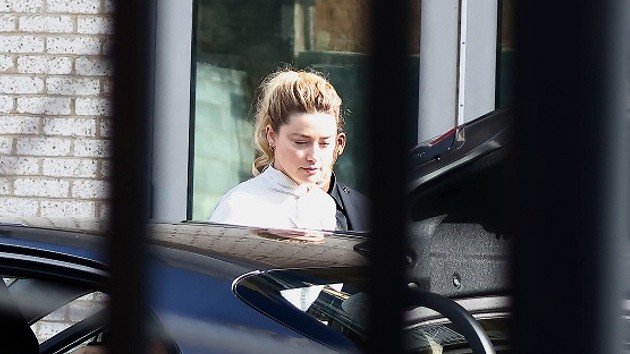 (NOTE CONTENT) Of all the explosive revelations made Wednesday when Johnny Depp testified in his defamation case against ex-wife Amber Heard, one trended thanks to two cheeky hashtags: #MePoo and #AmberTurd.

Depp alleges that after one of his many fights instigated by Heard, this one after her 30th birthday party in 2016, she or one of her friends left a gross gift: Someone intentionally pooped in his bed.

The Pirates of the Caribbean star had left one of the homes he shared with his now-ex after the row, and she and her pals were bound for the Coachella. With her out of the picture, Depp testified, he planned to return to the home to gather items that were important to him, including mementos of his friendships with Marlon Brando and Hunter S. Thompson.

However, he was warned against returning, and the excremental evidence was shown to him in a cellphone photo taken by a security guard.

“My initial response to that was…I laughed,” Depp said in court. “It was so bizarre and so grotesque that I could only laugh. So I did not go down there that day.”

Of course, those photos were entered into evidence yesterday for all to see. In fact, Depp was cross-examined about them, with lawyers for Heard doubting the poop’s provenance, positing that his two dogs, Pistol and Boo, could have made the apparently large deposit.

“They’re teacup Yorkies,” Depp countered. “They weigh about four pounds each…It was not the dogs.”

Depp alleged in detail Wednesday that he suffered physical and psychological abuse at the hands of Heard, who herself has previously alleged Depp abused her during their tumultuous relationship.