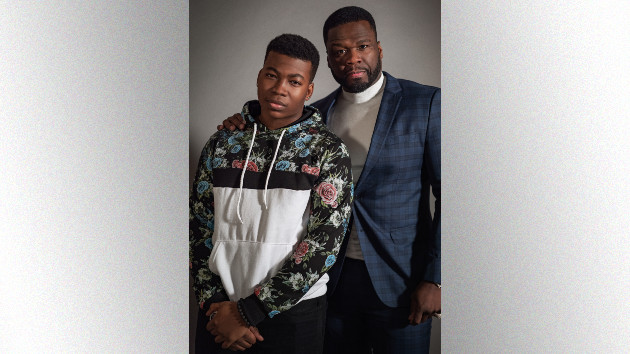 Mekai Curtis knows he has some big shoes to fill with his latest role as Kanan in the Power prequel, Power Book III: Raising Kanan.

Considering he’s taking on a role first played by Power franchise exec-producer, Curtis “50 Cent” Jackson, the young star reveals that his boss actually stays away from telling him how to play his character — even though “he definitely knows the ins and outs.”

“He hasn’t given me too many pointers on the character,” Curtis tell ABC Audio. “I think he’s trying to leave that to me to figure out myself — which is dope. It definitely gives a little more of organic-ness to what’s happening.”

“There’s been times where he’s watched a scene and he’s seen something else happening,” the actor continues. “And he’ll pull me aside and tell me something that was similar. And it gives you a little more insight [which] can inform your choices.”

Curtis says it’s the freedom of those choices as an actor that allows him to show a “more complex” side of Kanan.

“[But,] he’s not oblivious to the stuff that happens around him,” the actor continues, alluding to Kanan’s interest in getting into the family’s drug trade business. “[He’s] extremely passionate about his family. Especially about his mother, which [explains] why he does what he does. Raq is his world. It’s his driving factor.”