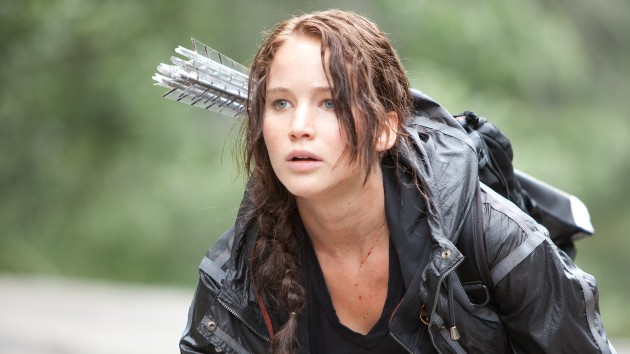 Co-written by Collins, Billy Ray, and director Gary Ross, the film centered on a life-or-death annual competition in which powerless young people are forced to compete to the death, to the delight of the elites in Panem’s Capitol city.

Lawrence played Katniss Everdeen, one of the “tributes” from Panem’s District 12, a skilled hunter who takes her younger sister’s place in the deadly games. Katniss quickly rises to the top of the field, to the delight of the Capitol’s viewers.

The film also had stand-out supporting performances from a handful of stars. Woody Harrelson played Hamish, a former winner who has become a drunk in retirement, and who advises Katniss; Lenny Kravitz as Cinna, Katniss’ charismatic stylist, who gives her a camera-ready makeover befitting her celebrity status and who becomes a trusted confidante; Elizabeth Banks as Effie Trinket, the Games’ flamboyant escort; and Stanley Tucci as the blue-haired talk show host Caesar Flickerman, who covers the competition.