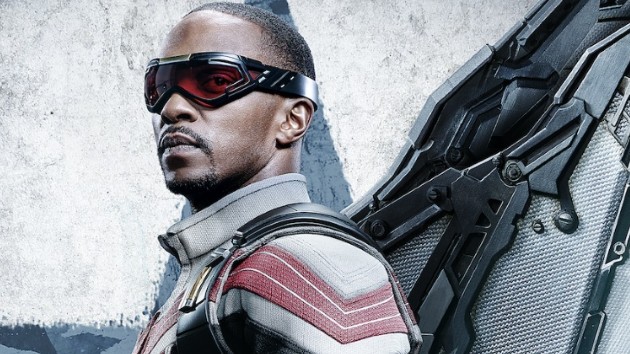 (LOS ANGELES) — Anthony Mackie has been part of the Marvel Cinematic Universe since 2014’s Captain America: The Winter Solider, but before he played Sam Wilson/Falcon, he logged acclaimed supporting performances in Oscar-winning films like 8 Mile and The Hurt Locker.

That’s why Marvel Studios head Kevin Feige tells Variety of Mackie, “We just offered him the role…he did not audition. That’s only happened a handful of times at Marvel.”

For the record, even Robert Downey Jr. had to screen test before 2008’s Iron Man.

“Mackie has this amazing presence, whether he’s on screen for six seconds or six hours,” Feige adds. “In [Avengers:] Endgame, it was closer to six seconds.”

With Falcon and The Winter Soldier now coming to Disney+, Mackie’s character can finally –pardon the pun — spread his wings.

“What’s so great about the move to Disney+ long form is that we get to see much more of these characters,” Feige tells the trade.  “All along we’ve been asking, ‘Where did he grow up? Who is his family?’ We want to know more about this guy being thrown into this situation and handling it spectacularly well considering he’s just a man.”

“That’s what the show is about,” he adds. “This man, this Black man in particular, in the Marvel version of the world outside our window.”

The series, which debuts on March 19, shows Sam Wilson coming to terms with taking up the mantel and shield of Captain America, as seen in the closing moments of Endgame.

“What does it really mean for somebody to step into those shoes? And not just somebody, but a Black man in the present day?” Feige asked. “That’s what [we] didn’t want to shy away from.”