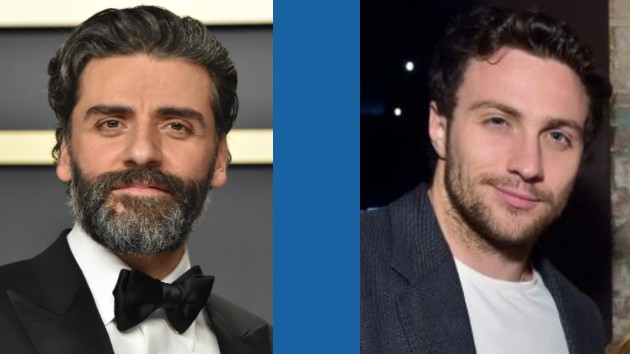 Marvel has finally confirmed what fans have known for months — Star Wars sequel star Oscar Isaac will headline the studio’s upcoming Disney+ series Moon Knight.  “‘WE ARE MOONKNIGHT,"” Marvel tweeted on Wednesday, referring to the fact that Isaac’s character, Mark Spector — an ex-Marine-turned-mercenary — has multiple alter-egos.  The rest of the cast has yet to be announced, but Variety reports that Ethan Hawke has been cast as the lead villain and Ramy’s May Calamawy is attached in an unknown role.

Meanwhile, Sony Pictures has bagged some big game of its own: Aaron Taylor-Johnson has been cast as Kraven the Hunter in a stand-alone film about the Spidey baddie first introduced in the pages of Marvel Comics back in 1964. The character, Sergei Kravinoff, is an obsessed big game hunter who comes upon a magical potion that gives him the speed, strength, and stamina of a jungle cat.

Here’s where things get a little confusing. Even though Kraven is a Marvel Comics property, the film will be a stand-alone Sony movie like its Venom films — unlike the Spider-Man films starring Tom Holland that are co-productions with Marvel Studios, and thus are part of the Marvel Cinematic Universe.

Muddying the waters a bit more, Taylor-Johnson starred as Pietro Maximoff/Quicksilver in Avengers: Age of Ultron, which is part of the MCU, and that character was also played by Evan Peters in Fox’s X-Men movies, which are not. That’s why a an inside joke, Peters played a version of Pietro, Scarlet Witch’s brother, in WandaVision…which is part of the MCU.

Marvel Comics and Marvel Studios are owned by Disney, the parent company of ABC News.