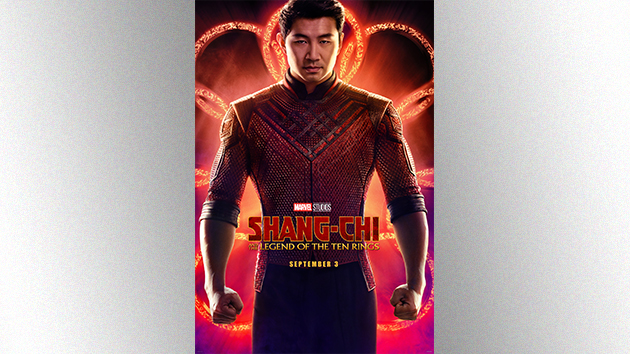 We’ve got a brand-new trailer for Shang-Chi and the Legend of the Ten Rings, in which our superhero has to learn to own his powers, despite multiple obstacles.

A character from the pages of Marvel Comics since the ’70s, Simu Liu plays the title character, a child with special martial arts abilities who is brutally trained from an early age to hone his body to become a lethal assassin for the villain, The Mandarin. However, before he can fulfill his destiny, he flees.

Shang-Chi’s introduced to the mysterious, yet powerful Ten Rings by his father. In order to claim them, he must go through a series of character-defining challenges, including defeating assassins and mythical creatures.

“Throughout my life, the Ten Rings gave our family power. If you want them to be yours one day, you have to show me you’re strong enough to carry them,” Shang-Chi’s father prophesies in a voiceover.

Shang-Chi and the Legend of the Ten Rings also stars Awkwafina, Tony Leung and Michelle Yeoh.  It’s set for release on September 3. The first trailer for the film dropped in April.