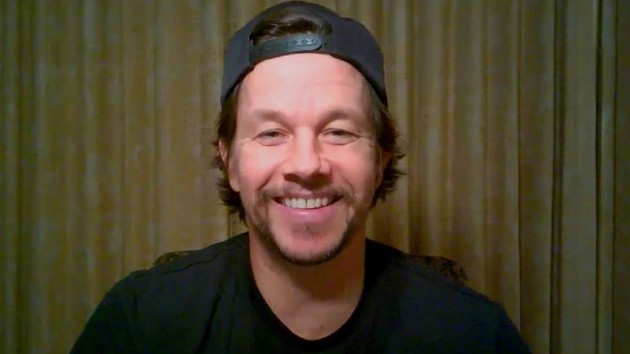 Mark Wahlberg is all about that dad bod life.  The action hero, who is known for sporting a chiseled six pack, has ditched the abs for a soft tummy.

Taking to Instagram Monday, the Instant Family star debuted his radical transformation and compared it to a snap he took three weeks ago to show just how much has changed.

“From this 3 weeks ago, to this, now,”  Wahlberg declared in the caption.

The first photo is a gym photo of the 49-year-old actor, who is flexing his arm muscles while showing off his sculpted torso.

The photo is stark departure from the next part of the slide, which shows the Spenser Confidential star lounging shirtless in bed and sticking out his gut.  “Thanks to @chef_lawrence_d cooking,” he added in the caption.

Wahlberg previously revealed he has to gain 40 pounds for an upcoming movie ole, saying he’s already put on half of his goal weight.

As it turns out, his wife Rhea Wahlbeg loves her husband’s new body shape and gushed in the comments, “And it looks just as hot in person baby.”

Walhberg previously revealed last month on Jimmy Kimmel Live! that he will be starring in the faith-based drama Stu, which will be directed by Rosalind Ross.

“I’m playing a guy who was a fighter…he was many things,” he explained in the April 8 taping of the show. “He was a fighter, he moved to L.A. to become an actor, he fell in love with a girl, he had an accident, he had an outer-body spiritual experience, he decided to become a priest…. it’s quite the story and quite the journey.”