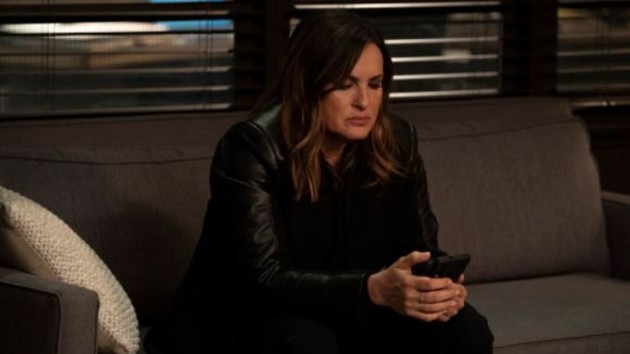 Mariska Hargitay is on the mend after sustaining multiple injuries to her legs. The Law & Order: SVU star is now sporting several braces to help her injuries heal.

Taking to Instagram Wednesday to flaunt her new knee brace and boot, Hargitay captioned the snap of her walking out of the hospital, “#ThatFeelingWhen, you go to the doctor, get an MRI and find out that you have a broken knee, a hairline fracture in your ankle, and a torn ligament.”

The actress shared a photo of her walking out of the Hospital for Special Surgery located in New York City, which specializes in orthopedic surgery.

The Emmy winner then offered some sage advice, telling her 2 million followers, “It’s always a good idea to go to the doctor. Immediately.”

There was a silver lining to Hargitay’s announcement, with the 57-year-old actress declaring, “Great news is I don’t need surgery” and added with a cheeky hashtag “#You Should See The Other Guy.”

Hargitay enclosed several other hashtags in her post, adding, “Listen To Your Body,” “Trust The Experts,” “Stay Strong,” “In Other Knee News,” “Busting Perps With Busted Knees,” “Brace Yourself” “Not The Bees Knees” and “The Queen Bees Knees.”

She did not disclose what caused the injury.

However, the actress did confess the mishap happened “While I was working” in a later comment to stylist Mara Roszak, who praised Hargitay for being “such a trooper.”

Several of the actress’ famous friends sent in their well wishes, with singer Demi Lovato remarking in the comment section, “Omg!! Feel better!!”