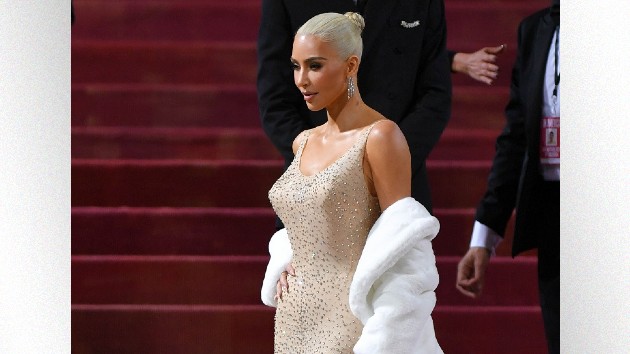 It’s been weeks since Kim Kardashian rocked Marilyn Monroe‘s infamous “Happy Birthday” dress at this year’s Met Gala, but the commentary just keeps rolling in, the latest from the dress’s designer, Bob Mackie.

The legendary fashion designer, who sketched the gown for the late icon, told Entertainment Weekly, “I thought it was a big mistake.”

“[Marilyn] was a goddess. A crazy goddess, but a goddess,” he continued. “She was just fabulous. Nobody photographs like that. And it was done for her. It was designed for her. Nobody else should be seen in that dress.”

There was also concern over the preservation of the gown. Kim wore the exact gown Marilyn wore when she serenaded President John F. Kennedy on his 45th birthday in 1962.

Mackie sketched the dress early in his career while working under the French-born Hollywood costume designer Jean-Louis.