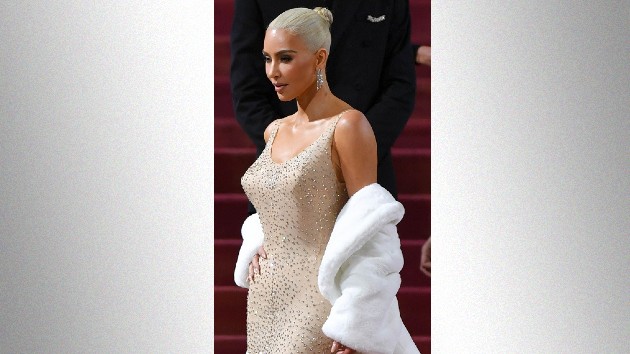 Kim Kardashian wore a dress made famous by Marilyn Monroe to the Met Gala on Monday night, and people are still buzzing about it.

On Wednesday morning, ABC Audio caught up with director Emma Cooper and author Anthony Summers, who collaborated on Netflix’s new documentary The Mystery of Marilyn Monroe: The Unheard Tapes, and asked what they thought.

Summers, whose exhaustive recorded interviews with those who knew Monroe make up both the documentary and his 1985 book Goddess: The Secret Lives of Marilyn Monroe, wasn’t impressed, noting, “It was glamorous, but I don’t know, wearing the dress of a dead person — and apparently it was the real dress — I don’t think that’s very funny, but maybe I’m dumb to think that.”

He added, “I just thought it was a bit sick.”

Cooper for her part, disagreed, asking Summers, “Don’t you think Marilyn would have had a bit of a sense of humor about that?”

The filmmaker then drew a parallel between Kim’s fame and Marilyn’s.

“I was really amazed to look at Kim Kardashian’s Instagram — talk about, you know, modern life — and she’s got 309 million followers who all saw her in that dress,” Cooper declares. “So maybe there’s a world where we can say, you know what, Marilyn maybe would have done that herself, Tony. Who knows? She was a pretty smart player.”

The author, incidentally, once spoke with designer Jean-Louis, who originally made the dress for Monroe, which she wore when she serenaded President Kennedy on his 45th birthday.

“[H]e apparently had to literally sew it on to her it was so tight,” Summers recalled, adding dryly, “How it was later removed is not in the record.”

The Mystery of Marilyn Monroe: The Unheard Tapes is streaming on Netflix now.