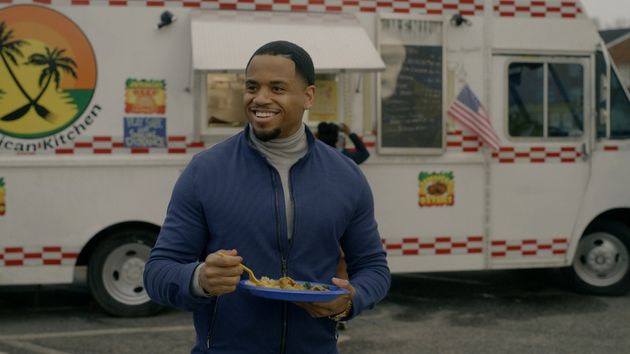 Tristan “Mack” Wilds knows the importance of living a life in balance.

Most recently, the Apple TV+ show Swagger was renewed for season 2 and Wilds, who stars in the series, says that the cast is currently “in the middle of shooting it.”

“We’re literally mid-season,” he told ABC Audio at the Movement LIVE event he hosted with Michelob ULTRA and Rumble Boxing at The Brooklyn Mirage Wednesday, September 21. “I can’t say too much but…we really start to touch on the kind of the crossroad of being a young black basketball player and being a young black man in America. It gets real.”

The series is loosely based on the life of basketball star Kevin Durant, and Wilds shared that the athlete is very active in the show.

“We’re always talking to KD. He’s always kind of very present making sure that everybody understands where we’re doing and what we’re doing.”

Much like Durant, the 90210 alum has “always been an athlete.” However, he shares that his fitness journey is similar to most people.

“Anybody is human, you know, you love it, fall off, get back on, but I think right now I’m in such a zone that we, it just feels like a whole new journey on a new perspective, in a way,” the multi-hyphenate said.

In addition to acting and keeping in shape, Wilds is also a singer-songwriter. His latest track “Simple Things” dropped this spring, so when can fans expect new music?

“I’m always working on some new stuff, always kind of writing or jotting down ideas or recording, like real quick things. I think one of these days I got to put it all together and just drop a mixtape or something. Yeah, I think it’s about time,” he teases.