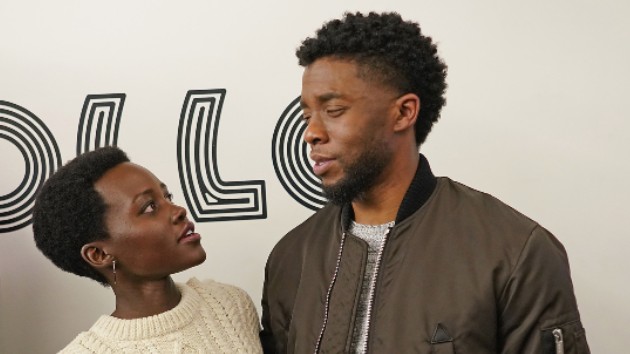 Lupita Nyong’o honored the late Chadwick Boseman in a new interview Tuesday, revealing her fondest memory of the Black Panther star and what she misses most about him.

Nyong’o played Boseman’s love interest, Nakia, in the 2018 hero flick.  When speaking on the Ellen DeGeneres Show, the actress revealed what it was like filming a movie with the Oscar-nominated actor.

“He led the movie with such compassion and just presence,” she recalled. “When Chadwick came on set he was present, and he brought his entire being to that movie. He was just so humble as well.”

The positive attitude the late actor demonstrated on set is what Nyong’o says she will miss most.

“That leadership will be missed. And he was my friend, so it’s hard to think of him in the past tense,” she expressed.

With her set to return to Wakanda without its king in the Black Panther sequel, the Kenyan-Mexican actress knows Boseman is cheering her on from beyond.

“I do know for certain that he would want us to do this,” said Nyong’o before noting how Black Panther 2 will salute its original star, which she says has made it easier for her to reprise her respective movie role.

Says the 38-year-old Oscar winner, “I feel that what [director] Ryan Coogler has planned very much honors him and his legacy. So I feel good about going back.”

Coogler previously announced in December that the character, King T’Challa aka Black Panther, will always be Boseman’s in the MCU so it will not be recast.  Black Panther 2 is slated to open in theaters July 8, 2022.