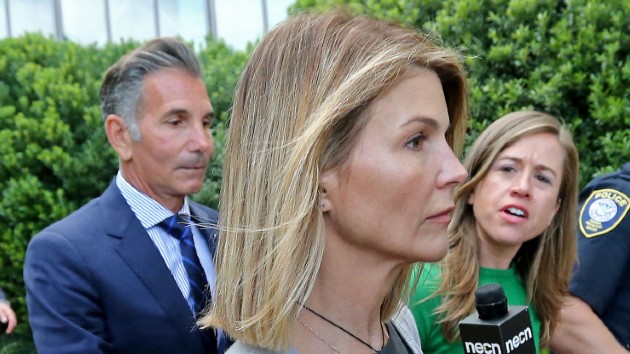 Lori Loughlin and husband Mossimo Giannulli are looking ahead to spending time together after satisfying their respective prison sentences and community service requirements stemming from the college admissions scandal.

People reports that the couple are requesting a five-day trip to San Jose Del Cabo later this summer, telling the judge they want to take some time in June “to spend time with [their] family.”

Loughlin, 56, had previously been sentenced to two months behind bars after pleading guilty to conspiring with Giannulli, 57, to pay $500,000 to get their two daughters into the University of Southern California by pretending they were recruits for the rowing team.  Neither Isabella Rose Giannulli, now 22, nor Olivia Jade Giannulli, now 21, had ever competed in the sport.

As part of pleading guilty to conspiracy charges last year and reporting to prison, the Full House alum was also ordered to serve 100 hours of community service and pay a $150,000 fine.

Giannulli was sentenced to five months in prison with an additional two years of supervised release.  He was also ordered to pay a $250,000 fine and satisfy 250 hours of community service.

The fashion designer stated in the filing that he “is actively working on completing his community service requirement.”

It is unknown if their travel request was approved or rejected.  Representatives for the couple have not returned requests for comment.