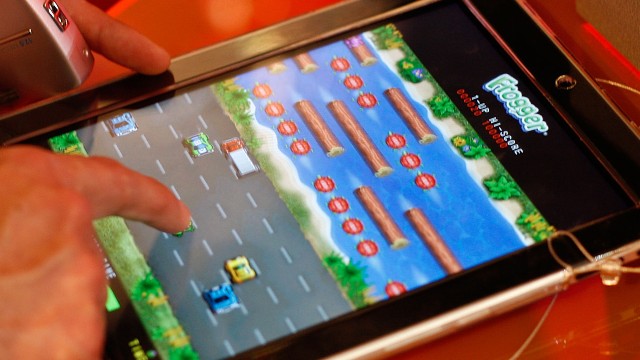 (LOS ANGELES) — In a move that would have made Seinfeld’s high score holder George Costanza green with envy, NBC’s streaming service Peacock has announced it’s creating a “supersized physical competition series” based on the ’80s video game FROGGER.

According to the streamer, the show’s concept “brings to life” the video game, pitting human contestants on an “epic” obstacle course that emulates the perilous journeys across the street — and the screen — undertaken by players who controlled its jumping amphibian character.

Like the 1981 Konami game of the same name, this IRL version of FROGGER will pit players against treacherous traffic, snapping gators and hungry hippos.

Unlike the game, however, Peacock’s version of FROGGER will net the winning player a “massive” cash prize.