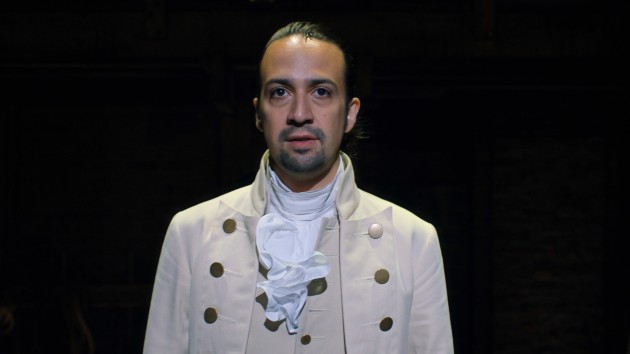 (NEW YORK) — On Wednesday, the Tony and Grammy-winning musical Hamilton was nominated for a Best Film Golden Globe trophy in the musical or comedy category, some six years after its Broadway debut.

The nominated film is a recorded version of a pair of 2016 stage performances with the phenomenon’s original cast, which debuted last summer on Disney+.

Hamilton creator Lin-Manuel Miranda was nominated in the Best Actor — Musical or Comedy category for this years Golden Globes as well.

The Grammy, Tony, and Emmy winner told ABC Audio that he hopes the successful project will change how people perceive Broadway shows, particularly now that live theaters remain shuttered because of the pandemic.

“What I really think the legacy of that will be, more than anything, really [is] the ‘silo’ of musical theater,” Miranda explains.

“Because for so long the conventional wisdom of musical theater was you can’t do a screen capture of your show too early, because you will somehow cannibalize the appetite for it in the world — when the opposite is true. People can’t wait to see Hamilton live again once they can do so safely.”

Miranda adds, “I’ve heard from other musical theater creators, [and] the race is on to get live captures their show, to remind folks of why you come to the theater and what is on offer there. So…I hope that the legacy is that more shows build that in, and making your show more accessible becomes a legacy of the success of that film.”