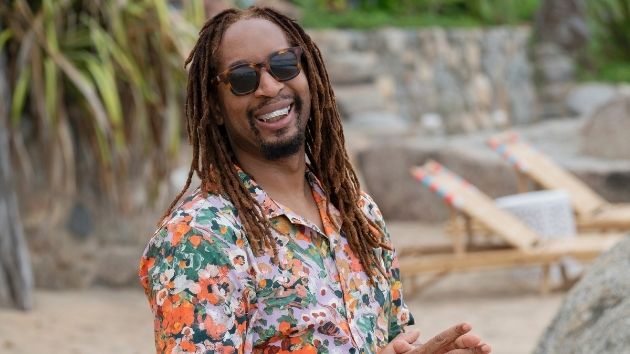 Lil Jon is back in paradise! The rapper returns to guest host Bachelor in Paradise tonight and he tells ABC Audio what surprised him the most about the show.

“I will say this season, all the g**damn drama surprised me,” he admits. “And what really also surprised me is when you think some couples are really strong and then somebody comes in and that relationship is over.”

The rapper and DJ also shares that, for the first time in BiP history, drama comes in another form — that being a tropical storm, which led to the cast being evacuated.  With so much already at play, it was the perfect time for Lil Jon’s arrival, which provided a much-needed shift for the show’s energy.

“It was so much gigantic, huge, Godzilla, King Kong drama that had just happened that the energy change was well needed,” he explains. “I think people don’t realize, I’m known for having a good time. So when you’ve got someone having a good time that means they can come in and change the energy when you got all of this drama like what’s going on this season.”

Something else people may not realize is that, in addition to the heat and humidity, the cast has to deal with crabs.

“The crabs are everywhere! It’s like roaches in the projects,” Jon laughs. “It was literally at one point like 10 crabs in the bathtub because I just didn’t even care.”