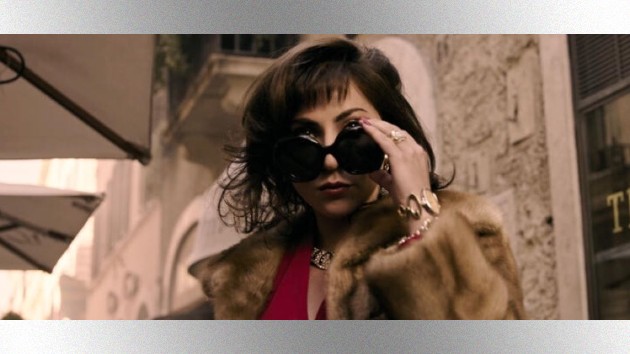 Lady Gaga is spilling the tea on the House of Gucci love scene with Salma Hayek fans never got to see.

While appearing on Jimmy Kimmel Live! Monday, the Oscar winner admitted that she’s not sure who’s responsible for cutting the scene from the film, but did reveal how the idea of their characters becoming more than friends came about.

In the film Gaga plays Patrizia Reggiani, who hires a hitman to kill her ex-husband, Maurizio Gucci, with the help of her friend and spiritual advisor, Pina, played by Hayek.

Recalling her conversation with Hayek, Gaga says, “I was like ‘Okay, listen. So before we do this scene, I just want your consent to do something together’…And I said ‘Okay, so I was thinking, you know, after the hit gets put out on Maurizio and you get the phone call that he is dead, that I will go over to you and kiss you."”

After getting Hayek on board, the “Rain on Me” singer went to get approval from director Ridley Scott and his wife, who was working production on the film.

“They were like ‘Yeah, sure, try it.’ And we did it,” Gaga explained. “The only reason it’s not in the movie is because that whole scene was cut. But it was an awesome scene. “

As for what the scene looked like, the Grammy award winner dished, “So Salma is walking around the house and the cats are following her, and then we’re surrounded by cats, and we started making out.”

“I made out with Salma Hayek,” she adds. “But I’m like that really annoying kid in school that’s like bragging that they made out with the popular girl but has no proof.”