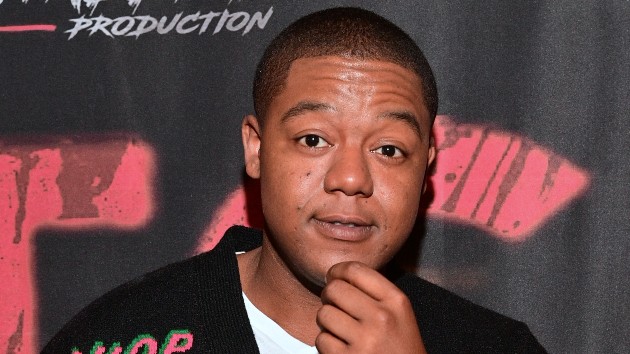 (NOTE CONTENT) Kyle Massey, known for playing Cory Baxter in Disney Channel shows That’s So Raven and Cory in the House, has been accused of sending pornographic material to an underage girl.

People reports that Massey, 29, now faces a felony charge out of Washington state for the alleged misconduct.

The actor was sued in 2019 by a then-13-year-old girl, who accused him of texting her explicit material in the form of images, videos and written communications.  While the suit was ultimately dismissed, a felony charge has been filed in King County, Washington, that stems from the complaint.

The girl claims she was four years old when she first met Massey at Universal Studios and the two kept in touch over the years because she had dreams of becoming an actress.

The minor says she reached out to Massey in November 2018 after learning of a potential Cory in the House reboot and wanted to audition.  She says she communicated her age to the actor in later conversations.

The alleged misconduct transpired in December 2018 and January 2019.

Massey has since denied the allegations and claims that he is being extorted by the alleged victim.

In a statement to People via his attorney, Lee A. Hutton, III, the actor stated, “No child should ever be exposed to sexually explicit materials and I unequivocally and categorically deny any alleged misconduct.”

“In early 2019, Plaintiff’s attorneys demanded $1.5M threatening to go public to destroy my career if I did not comply. My family and I rejected this extortion attempt, because I have faith that the legal process will reveal the truth,” the statement continued.

The publication reports Massey did not appear for his arraignment, noting that it isn’t clear if the actor secured legal representation for this criminal matter.