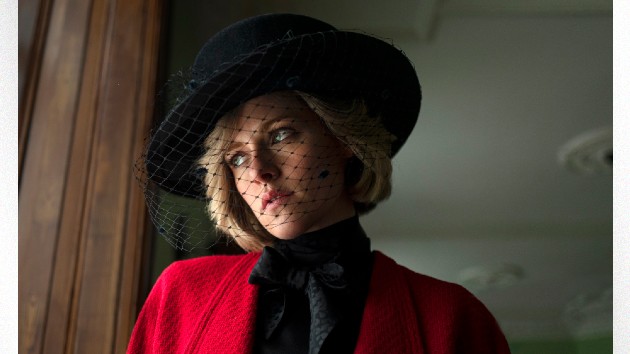 The movie, directed by Pablo Larraín, will debut “in competition,” meaning its eligible for judging and, potentially, the festival’s coveted Golden Lion for best film.

As previously reported, Spencer takes place in the 1990s and will have Stewart playing Diana over a crucial Christmas holiday during which she plotted her divorce from Prince Charles and began charting a life away from the British royal family.

The synopsis from production company Neon reads, “December, 1991: The Prince and Princess of Wales’ marriage has long since grown cold. Though rumours of affairs and a divorce abound, peace is ordained for the Christmas festivities at Sandringham Estate. There’s eating and drinking, shooting and hunting. Diana knows the game. This year, things will be a whole lot different.”

Princess Diana was killed August 31, 1997 in a car crash in Paris that was caused in part by a high-speed pursuit by paparazzi. Her partner, Dodi Fayed, and their driver, Henri Paul, were also killed. Paul was later found to have been driving drunk.  A bodyguard survived the crash.

The film will debut in 2022, timed to the 25th anniversary of Diana’s death.