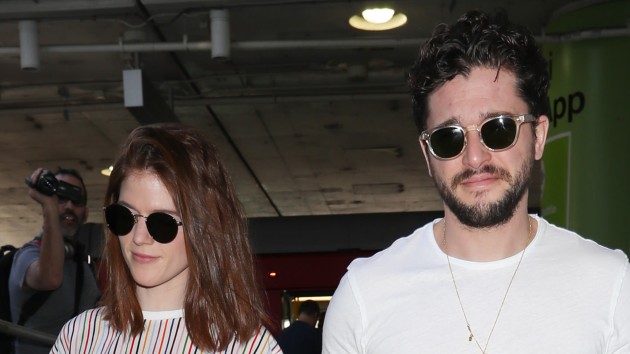 Game of Thrones alums Kit Harington and Rose Leslie are notoriously private about their lives, but in a recent interview, the actors provided a rare glimpse of how their lives have changed since becoming first-time parents.

When revealing what was the most surprising thing he’s learned about being a dad, Harington, 34, told Access Hollywood, “Everyone goes, ‘Look, it’s big what you’re about to go through.’ You have no way of knowing that until it happens.”

“What surprises you is: You go, ‘Oh, this goes on forever.’ Like, you don’t get a break from it,” he continued.

Harington said he was surprised by how his marriage improved in the months since. “Every day, I wake up and I look after this little human and now we’re part of a unit together,” he said. “I think the thing that surprises me most about fatherhood is… you are now a unit, the three of you. And that’s a whole new dynamic you need to find.”

While not revealing too much about his newborn, the upcoming Eternals star gushed, “I pretty much find every day as he grows and changes, how does that change you. It’s a beautiful thing, it really is!”

Meanwhile, Harrington appears to be in a sharing mood; he also told XM’s The Jess Cagle Show about going to rehab for stress and alcohol after his HBO hit ended.

I went through some mental health difficulties after Thrones’ — and during the end of Thrones, to be honest — and I think it was directly to do with the nature of the show and what I’ve been doing for years,” the 34-year-old actor told the chat show host.

“I think I took a sort of break after Thrones where I said, ‘I don’t want to work for a year. I want to really kind of concentrate on myself. I’m really happy I did that.”