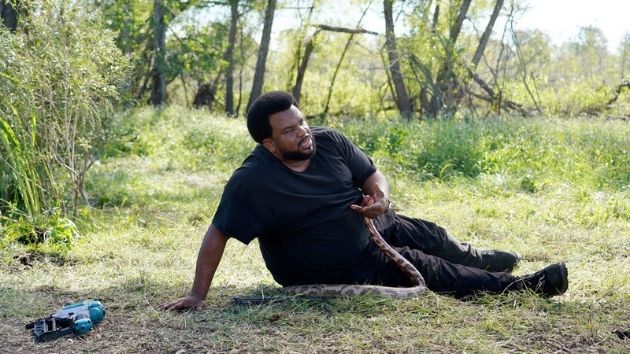 Peacock’s original comedy, Killing It, stars Craig Robinson as an underdog pursuing the American Dream, facing relatable — yet absurd — obstacles in order to make it big.

The new series highlights the insanity of today’s get-rich-or-die-trying culture, and is brought to you by the duo who produced The Office and Brooklyn Nine-Nine. Of course, chasing after a dream often comes with a few “nos,” something Robinson tells ABC Audio he can relate to.

“That’s the beautiful part about being told ‘no’ as an actor,” he says. “Like there are some projects where if I had gotten a yes, I wouldn’t have been on The Office. You know what I mean? So it’s like, nos aren’t always bad. You just gotta be able to keep going.”

In Killing It, Robinson says his character is “relentless in his quest to achieve that American dream.”

“He’s figured out what he wants, he’s trying different things, and now there’s one thing separating him and that saw palmetto farm he wants to get. Well there’s a lot of things, a lot of snakes,” he explains.

Speaking of snakes, a lot of people fear the reptiles, including Robinson — that is, up until six years ago.

“I got over my fear of snakes because I was in Australia and I went to an animal sanctuary and I ended up holding a snake,” he shares. “Snake felt amazing. I held another one. That one felt amazing. I realized snakes mean me no harm.”

“We’ve been lied to by the Bible and Indiana Jones. So once I got this offer, I was like, yeah, I’m down! I ain’t worried about it. Let’s do it,” he adds.

Killing It is streaming now on Peacock.