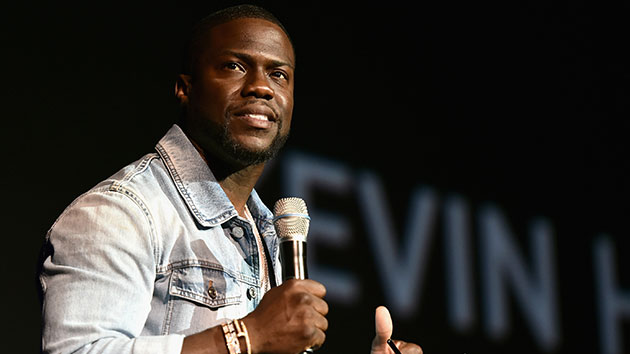 Kevin Hart discussed the effect his 2017 cheating scandal had on his kids during Will Smith‘s takeover of his wife Jada Pinkett Smith‘s Facebook Watch series, Red Table Talk on Sunday.

Hart has four children: Heaven, 16, and Hendrix, 13, with ex-wife Torrei and three-year-old Kenzo and eight-month-old Kaori with his current wife Eniko Parrish.

“I stepped in some s***, yeah,” Hart admitted when asked about how he addressed his 2017 Las Vegas tryst with model Montia Sabbag while Eniko was pregnant with Kenzo — which was caught on video and later exposed in an alleged extortion attempt — with his children.

“You’re never prepared for that side of it,” he continued. “Having a little girl in my life, it’s tough. You don’t realize the impact that your mistakes can truly have.  When the kids get involved, it’s a different feeling, it’s a different emotion.”

“It’s very hard to bother me,” the 41-year-old comedian said of the blowback over past “debacles,” and added, “But when your child shows disappointment, shows emotion, shows ‘I don’t understand why’ and you gotta have those conversations… The head drops for the first time.”