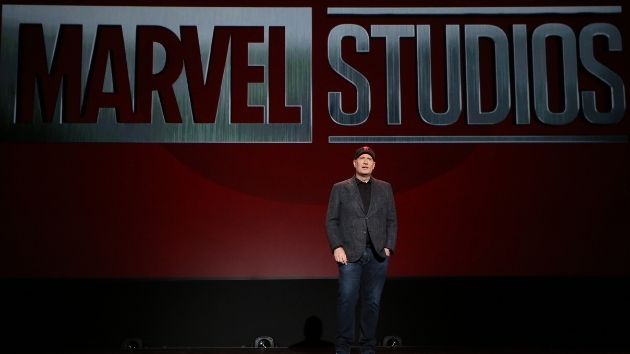 Marvel Studios president Kevin Feige says fans should be excited about the latest phase in the Marvel Cinematic Universe… because he certainly is.

Speaking with Entertainment Tonight, Feige opened up about the future of the MCU and what fans can expect.

“I hope what people have taken away from Wandavision and Falcon and the Winter Soldier and Loki, and seeing Black Widow soon, is how unique and different all the corners of the MCU can be,” he said before noting the MCU now has more storytelling freedom because it expanded onto the Disney+ streaming service.

“That’s what Disney+ has given us, is an ability to tell more deeper, further stories that will have ramifications across features and series,” he explained.

Feige also noted how the current Disney+ series Loki has allowed the MCU to feature lesser-known elements from the comic books, like the Time Variance Authority (TVA) that guards what is known as the “Sacred Timeline” and stops alternate universes from forming.

Feige said he is “so excited” by how receptive MCU fans are to the previously unknown TVA.

“Nobody outside of very, very particular comic nerds like myself had heard of the TVA [before Loki,]” he gushed. “And now that’s something that people are embracing and wondering, when will the TVA come back?”

Unfortunately, that is one question Feige will not be answering — including speculation over which characters will appear next in the MCU.

“Everything we make is hopefully with the intention of exceeding expectations and fulfilling surprises,” he teased. “Not every rumor you read about online is true, not by a long shot, but not every one is false either. So that’s the fun.”

As for when Feige can address those MCU rumors, he grinned, “I hope sometime in the near future.”

“They never, never break me”: Will Smith fights for freedom in the trailer to Apple TV+’s ‘Emancipation’