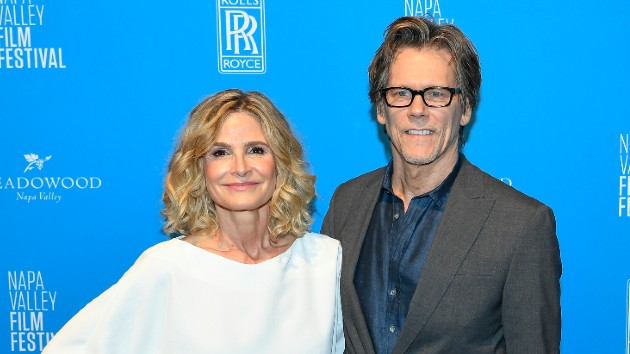 Kevin Bacon has enjoyed 32 blissful years of married life to actress Kyra Sedgwick, but the Footloose star reveals that he made a major error when popping the question.

Appearing recently on The Kelly Clarkson Show, the 62-year-old actor confessed that he didn’t seek a second opinion when picking out the engagement ring, which led to an awkward Christmas Eve proposal.

“I really, really didn’t want anybody else to know [that I was proposing,]” Bacon admitted, saying he regrets not consulting any friends or family members about the ring because, “I’m really not, like, a jewelry guy… I’m just not good at picking something like that out.”

Sedgwick, now 52, apparently hated the ring he stuffed into her stocking, but didn’t make her feelings about it known until three months later.

“We’re lying in bed and she wakes up in the middle of the night, and she’s crying and she’s crying, and she can’t even say what’s going on,” the Golden Globe winner recalled.  “I thought she was breaking up with me!”

Thankfully, that wasn’t the case, but it wasn’t easy to hear his future bride admit, “I don’t like the ring!”

“I talked her off the ledge after that,” Bacon joked, adding he promised he would “take it back.”

“She felt so terrible,” he added, saying he assured Sedgwick by claiming he didn’t care about the ring but appreciated her honesty.