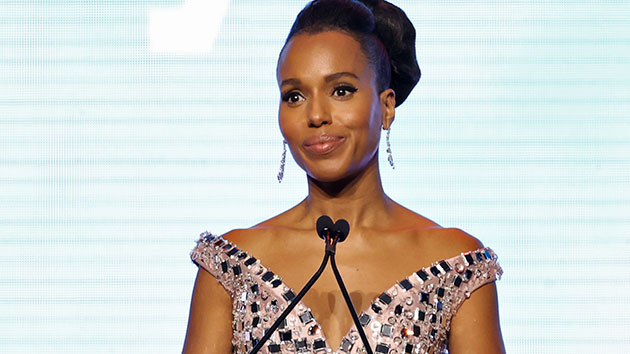 Kerry Washington is celebrating Black History Month by transforming herself into several trailblazing Black women. “Black History is about more than just slavery and Jim Crow. Our history is a tapestry of beauty, culture, power, community, resilience, & strength. And through it all — the pain and the joy — Black women have held it down,” the Scandal star wrote in an Instagram post.

Throughout February, Washington has used wigs, makeup and props to bring awareness to historic Black women on her Instagram page. She’s honored Rosa Parks, the iconic woman whose refusal to give up her seat on a bus inspired Dr. Martin Luther King Jr. to lead the Montgomery, Alabama bus boycott in 1955. The Emmy winner has also portrayed Olympic gold medal winning track star Wilma Rudolph, and supermodel Beverly Johnson, with a social media series she calls “Black HERstory.”

In other news, Gabrielle Union is launching a content series with LinkedIn that will focus on uplifting Black and other underrepresented entrepreneurs through topics including gender equity and mental health in the workplace. The three-month series, called Getting Real with Gabrielle Union, will include videos and posts on Union’s LinkedIn profile. The series is part of LinkedIn’s ongoing #IAmProfessional campaign.