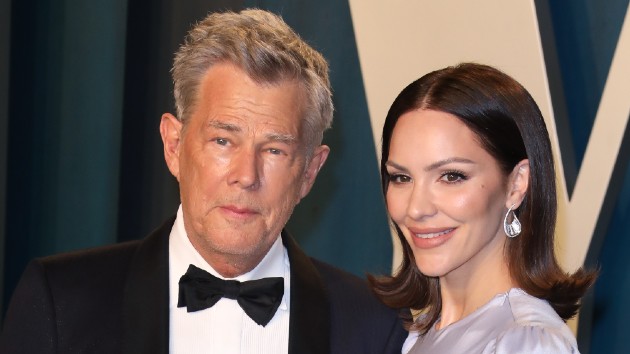 “Katharine McPhee and David Foster have welcomed a healthy baby boy,” the rep told People. “Mom, Dad and son are all doing wonderfully.”

The news came not long after McPhee, 36, was heard on the podcast Women on Top, revealing that she’d be having a son.  She said, “Now that I am having a boy, there are different things I need to worry about to teach him versus the things I would be thinking about with a girl.”

She added, “But it’s kind of refreshing, because I feel like I don’t need to think about those societal ‘this is the way you look’ [issues]. I think men have…different things to worry about.”

The former star of Smash and Scorpion married Foster, 71, in 2019 after first meeting him on American Idol in 2006. This is his sixth child and his first son: He has five daughters from previous relationships, the oldest of whom is 50.

McPhee will next be seen in the Netflix show Country Comfort, debuting March 19.  In it, she plays an aspiring country singer who becomes a nanny to a cowboy — played by LeAnn Rimes’ husband Eddie Cibrian — and his five kids, all of whom are musically talented.