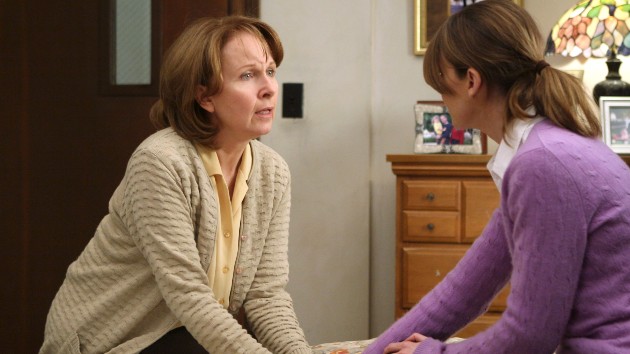 In an announcement that’s sure to delight Grey’s Anatomy fans, Deadline confirmed that one of the medical drama’s original stars, Kate Burton, is returning for the 18th season.

Burton played Ellis, the domineering and intimidating mother of Ellen Pompeo‘s Meredith Grey, who lost her battle with Alzheimer’s during the third season of Grey’s.  Following Ellis’ death, she regularly appeared in flashbacks, dream sequences and in episodes exploring alternate realities. Her most recent appearance was in 2019, when she appeared to Meredith in a dream during the episode “Blood and Water.”

It is unknown what purpose Burton will serve in the upcoming season, but the outlet confirms she will star in multiple episodes.

Pompeo’s Meredith was haunted by several familiar faces in the last season, during which she battled COVID-19 and saw a slew of familiar faces as she faded in and out of consciousness.

Filming for Grey’s Anatomy season 18 is currently underway, with a premiere set for September 30 on ABC.