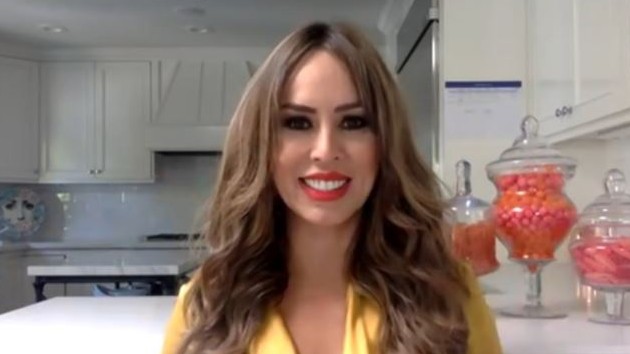 In a comment to Page Six’s Instagram post about Chrissy Teigen‘s fall “from America’s ‘tweetheart’ to social media’s biggest bully,” Dodd posted, “What’s ironic is that she has the audacity to say, I’m mean and our show is hard to watch because it’s so mean. Karma is a b**** #rhoc.”

The comment got more than 200 likes as of Tuesday morning.

The fact that Dodd, 45, felt free to snipe at Teigen shows what an easy target Chrissy’s become, after it came to light she’d sent reality star Courtney Stodden private social media messages urging the now-non-binary person to kill themselves as a teen.

Teigen has seen her cookware line vanish from Target and Macy’s, and Bloomingdale’s reportedly cancelled a promotional appearance with her after the controversy hit the headlines. She’s since apologized for her posts.

As for Davidson, he used his SNL “Weekend Update” platform to take a shot at Chrissy over the weekend, listing “getting Chrissy Teigen out of our lives” as one of the upsides of the pandemic.

RHOC star Dodd is no stranger to controversy herself. She got fired as a spokeswoman from a drink company she founded after making controversial comments about COVID-19, and she went on the defensive for saying several years ago, “I don’t like Black guys.”  She later tried to parry the latter by saying she was Black herself, purportedly using a take-home genetic test as proof of her mixed heritage.