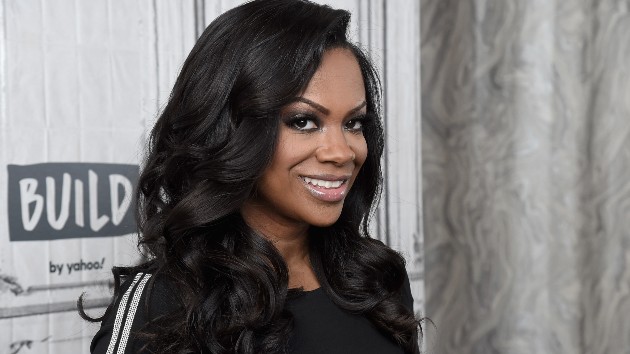 Kandi Burruss had success as a member of Xscape and star of Real Housewives of Atlanta, and now she’s displaying her versatility with acting and producing her first Broadway play.

Last year she made her acting debut in the role of Roselyn Perry in season three of Lena Waithe’s The Chi, set on the south side of Chicago.

“I wanted people to see me in this light of being an actress and really feeling like I have embodied the character,” she tells Hello Beautiful. “I’m not just a reality TV star who got a break.”

The 45-year-old entertainer admits she was nervous, especially for her first sex scene.

“I was already trying to prepare my mind for it,” she recalls, “but, it’s like, I have to go through the motions with somebody that was a complete stranger.”

The Grammy-winning composer and singer also had to face jealousy from her husband, Todd Tucker.

“He was like a little weird about it,” she remembers. “He was supportive, but it was a little awkward for him. I’m not gonna lie about that, but he was still supportive. It wasn’t like, he was like, ‘No, you can’t do this show.’ He had to deal with it in his head.”

Now Kandi is focusing on her debut as a Broadway producer for Thoughts of a Colored Man which opens October 31, starring Dyllón Burnside from Pose.

“Broadway has been known as ‘The Great White Way’ for a long time in past history,” she says. “To have a show like this with all of us, you know, being a part of it, championing it. It has to be a success. It’ll be a win for not just us, but for the whole culture.”