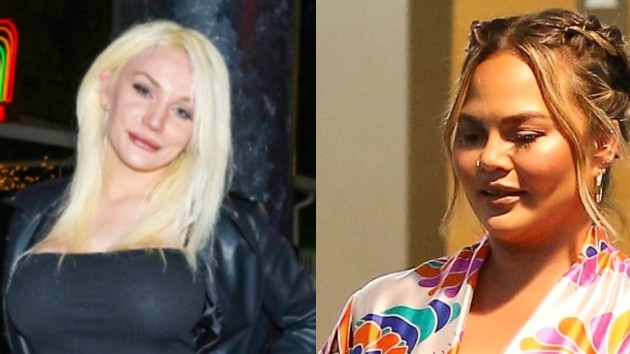 Courtney Stodden clearly doesn’t have much sympathy for Chrissy Teigen‘s latest social media post about the consequences for her former penchant for cyberbullying.

The now non-binary Stodden posted a TikTok video of themself giggling, superimposed over screenshots of Teigen’s latest online post, in which she admits to being depressed for having been “cancelled” for her behavior.

As previously reported, Stodden was one of Teigen’s targets; the model and former reality show star revealed months ago that when they were 16, Teigen urged Stodden to kill themselves.  Teigen has since apologized.

Last week, Teigen posted a lengthy message to her fans, which read in part, “I feel lost and need to find my place again, I need to snap out of this. I desperately wanna communicate with you guys instead of pretending everything is okay.”

Teigen also mentioned, “Going outside sucks and doesn’t feel right, being at home alone with my mind makes my depressed head race” — without noting that she’d just returned from a picturesque Italian vacation with her husband, John Legend, and their two children.

The controversy has cost Teigen endorsements and at least one acting role: a voice-over gig on Netlfix’s popular teen comedy Never Have I Ever.

‘Everything Everywhere All at Once’ leads nominations for 95th Academy Awards

Magic, mayhem and laughs in new trailer to ‘Dungeons and Dragons: Honor Among Thieves’