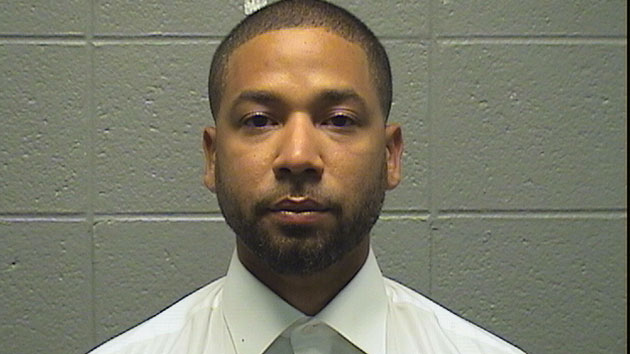 After less than a week behind bars, Jussie Smollett was released from jail Wednesday.

The release comes after an appeals court, in a two-one decision, agreed that the former Empire star should be released on bond pending the appeal of his conviction for lying to police about a racist and homophobic attack.

Smollett’s attorneys had argued that he would have finished the sentence by the time the appeal process was completed and that Smollett could be in danger of physical harm if he remained locked up in Cook County Jail.

Smollett was let out on a personal recognizant bond of $150,000, which did not require him to put any money down, but he agrees to attend court as required.

The actor’s attorneys said the actor broke down when they gave him the news he’d be freed.

“He pushed his hands on the glass and he was, his eyes got teary and I’ve never seen that, because he’s been very strong in there,” said attorney Nenye Uche. “And he said, ‘I nearly lost hope in our constitutional system."”

Last week, Smollett was sentenced to 30 months of probation for lying to police about staging a hate crime attack against himself in Chicago, with the first 150 days of the sentence in Cook County Jail. He spend a total of six nights in jail before his release.

A jury convicted Smollett in December on five felony counts of disorderly conduct — the charge filed when a person lies to police. He was acquitted on a sixth count.