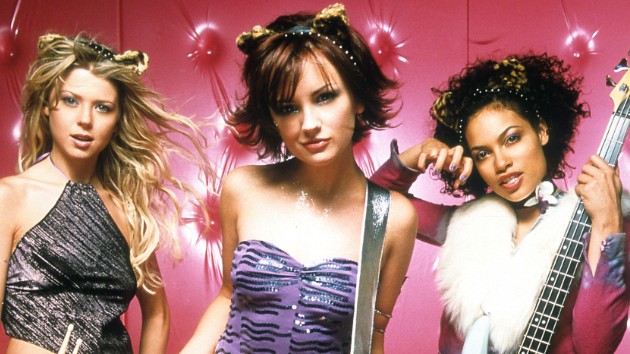 For a lot of people, this may be equal to the shock of finding your first grey hair: The movie Josie and the Pussycats just turned 20 years old.

The live version of the cartoon of the same name didn’t do well in theaters or with critics, but it’s lived on via home video, and is now a nostalgic touchstone for adults who watched it as kids.

To help celebrate, its stars Rachael Leigh Cook, Rosario Dawson, and Tara Reid rewatched the movie and got together via Zoom to reminisce.

“In some years it feels like yesterday, and in other ways, especially in the time we’re living in, it feels like a million years ago,” said Cook, who played Josie.

Dawson, who played Valerie, added, “At the time it was way ahead of its time. Like, you watch it now, it still resonates…but at the time people didn’t appreciate the satire it was.”

Tara Reid, who played Melody, said, “Of all the different movies we did, [people always talk about] Josie and the Pussycats,” noting, “It means so much that they love it because it meant so much to us.”

“I know we lead very different lives now,” Cook said in closing, “but I got you guys forever. You can call me anytime. I will bail you out of jail, I will drive you to the airport. I got you.”

The Josie and the Pussycats 20th Reunion Tour continues this evening when the stars get together on Entertainment Tonight.