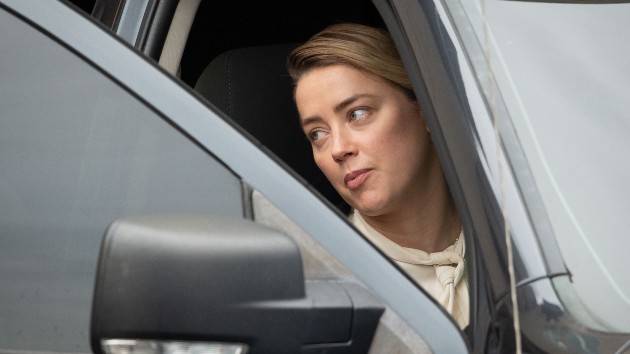 The final week of testimony continued in the Johnny Depp defamation case against his ex-wife Amber Heard. Unlike much of last week’s testimony, most of the witnesses on Monday were live in the Fairfax, Virginia, courtroom.

Depp’s attorneys had a chance to cross-examine a series of expert witnesses brought to the court by Heard’s team. Among them was Dr. Richard Moore, a hand surgeon from Wilmington, North Carolina, who claimed the actor’s fingertip could not have been severed by a vodka bottle thrown by Heard, as he claimed.

On cross-examination, however, Moore admitted he never treated Depp and, in the end, he couldn’t “definitively” say what happened to the actor’s finger, except that it appeared “crushed.”

Another witness who was brought to testify by Heard’s attorneys was Kathryn Arnold, who was billed as an expert in the movie industry.

She testified that Heard could have been as big a star as Jason Momoa, Chris Pine, Wonder Woman herself Gal Gadot and Emmy winner Zendaya, but for negative social media attention Heard got as a result of her controversial Washington Post op-ed that Depp claims defamed him.

She missed her “Star is Born moment,” Arnold insisted.

On cross-examination, one of Depp’s attorneys, Wayne Dennison, managed to flummox Arnold, insisting these names were not “comparable actors” to Heard.

“She’s never been the title character in a movie, she’s never been on, what, eight TV shows [like Momoa],” Depp’s attorney said. “You are giving her the same career as Mr. Momoa,” he insisted, incredulous.

“Zendaya is so famous she goes by one name,” the attorney pressed, sarcastically.

On Wednesday, Depp‘s ex Kate Moss is expected to testify live via video. The model, who dated Depp from 1994 to 1997, previously defended Depp against abuse allegations.

Depp’s lawyers were previously seen celebrating quietly when Heard mentioned a tabloid story that claimed Depp threw the model down a flight of stairs. The moment on the stand opened up the opportunity to have Moss defend their client during this trial — and gives Depp’s lawyers the chance to question Heard’s exes, if they choose to do so.

Judge Penney Azcarate has set closing arguments for May 27.