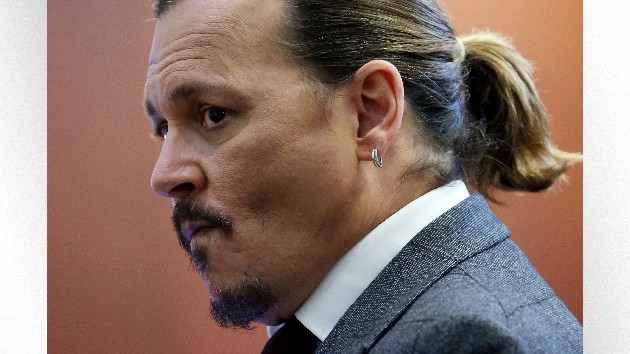 On Monday, Johnny Depp and Amber Heard were back in a Fairfax, Virginia, courtroom, where Depp’s defamation case against his ex-wife continues.

Much of the testimony in the morning session dealt with the impact Heard’s Washington Post op-ed had on Depp’s career — to establish damages, as is necessary in a defamation trial.

The article, titled “I Spoke Up Against Sexual Violence, and Faced Our Culture’s Wrath. That Has to Change” didn’t mention Depp by name, but Depp’s agent, Jack Whigham, testified remotely that the op-ed had a “catastrophic” effect on his career.

Depp’s attorneys had Whigham rattle off the salaries for movies Johnny had made before the article was published — including a $22.6 million fee he would have received for a sixth Pirates of the Caribbean film.

Whigham testified that the project was a go, but both Disney and producer Jerry Bruckheimer stopped dealing with Depp after the article was released.

For that matter, Whigham argued, so did many others — Depp’s fee dropped to $1 million, and a film called Minimata was barely released.

For their part, Heard’s team claimed that there was no evidence Depp was to star in a sixth Pirates movie, and that Margot Robbie reportedly replacing Depp as the big star in a possible sixth Pirates film had nothing to do with the negative publicity from the op-ed.

McGivern also testified that Depp had a “chill” personality, even when sober — though Heard’s attorney implied his testimony favored Depp, as he is still employed by the star.